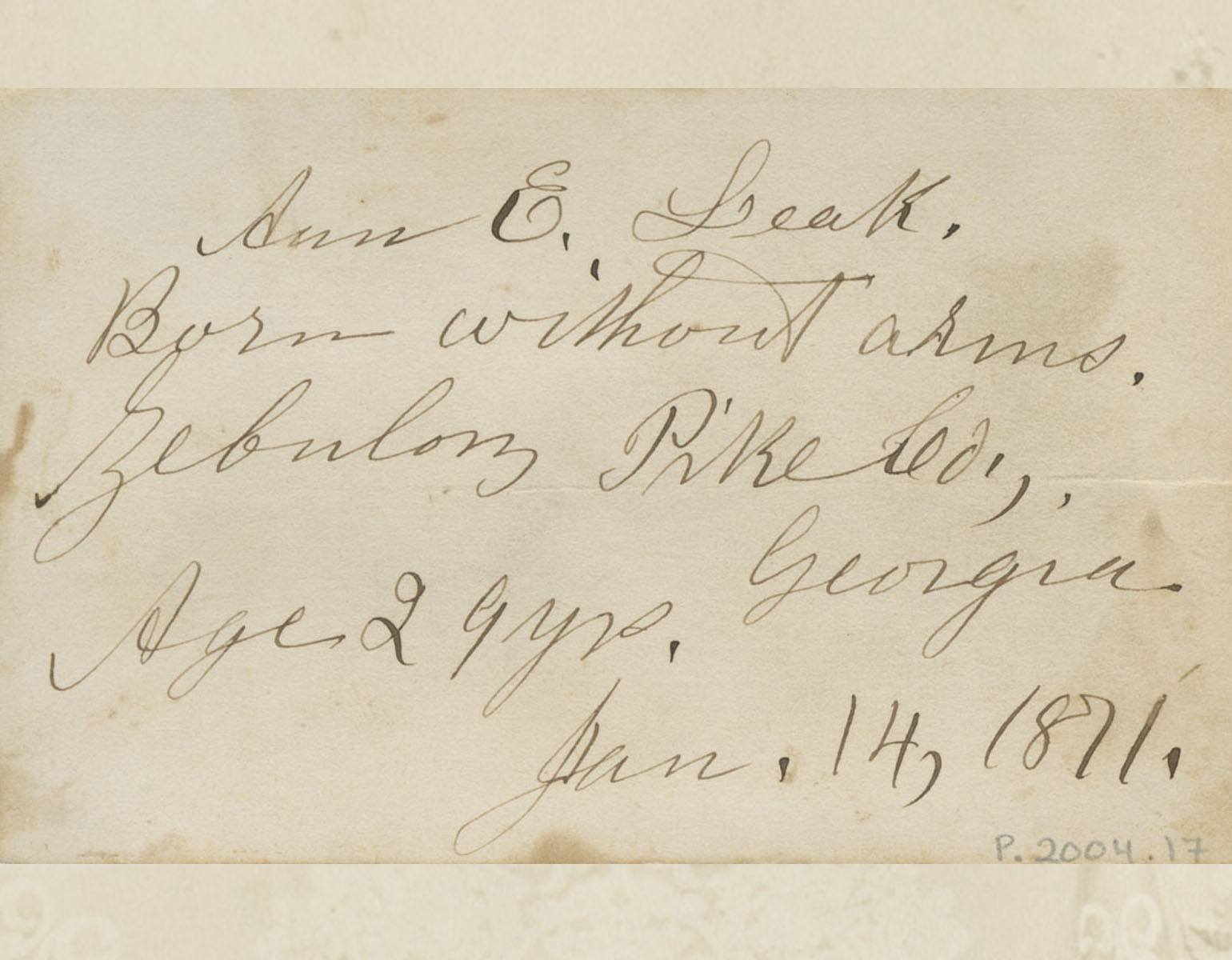 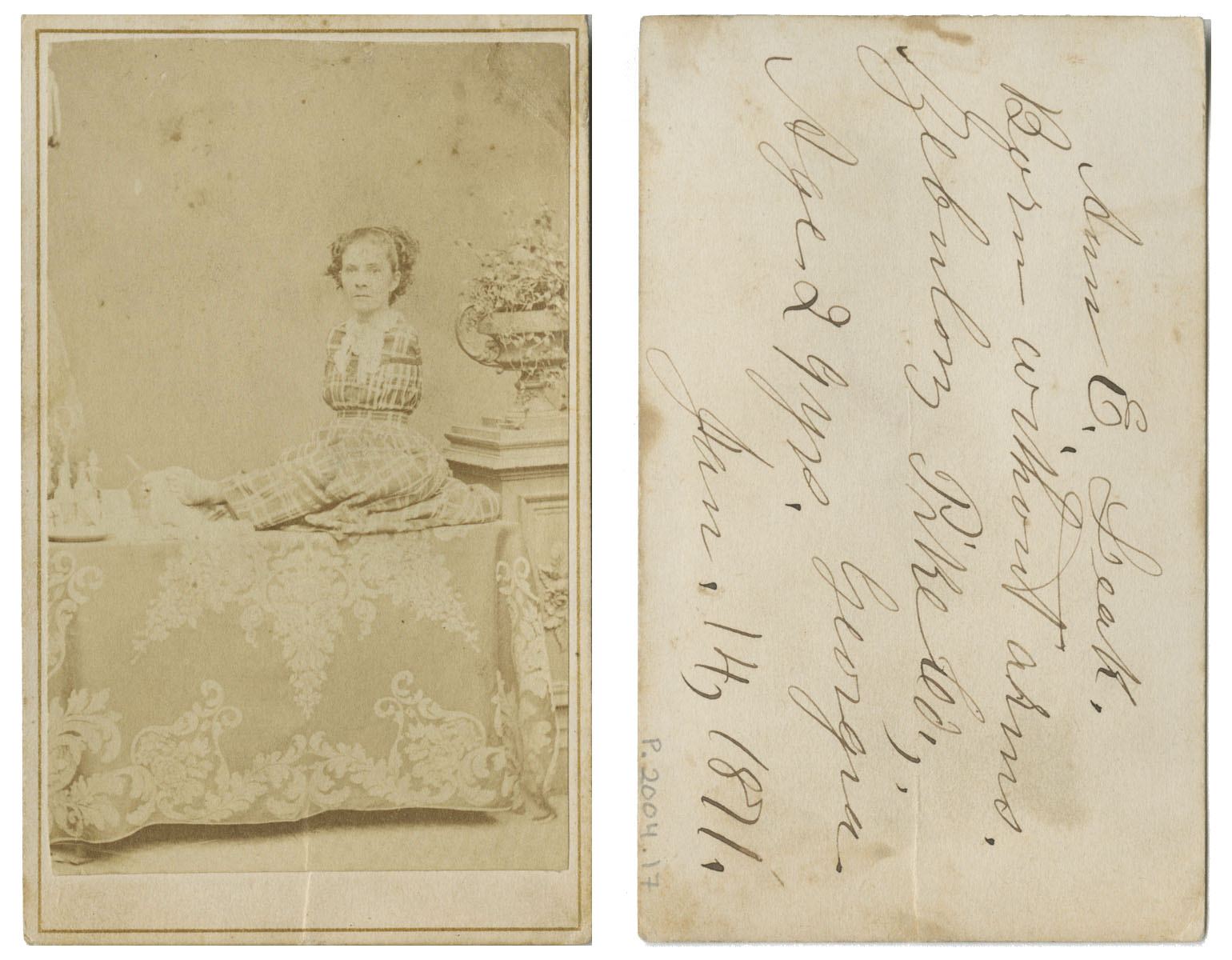 There are many things that have inspired my crochet and knitting over the years, but none so much as the collections at the Library Company of Philadelphia. I began working at LCP in 1997 in the reading room and in my free moments perused the Godey’s Lady’s Book and Peterson’s Magazine periodicals for patterns. Back then there were no digitized copies available so I began creating an index of the patterns that today can be found with a simple key word search. From these casual beginnings my interest in the history of these crafts in American culture grew into a passion driving me to look deeper into the collection and ultimately curate the 2001 exhibition “The Hook and the Book: The Emergence of Crochet and Knitting in American Culture, 1840-1876.” Since then, I have wanted to share items that either did not appear in the exhibition or that have emerged afterwards. The CKC blog provides a perfect platform for sharing some of these treasures.

This week I present a particularly unusual item, the carte de visite of Ann E. Leak the “armless wonder.” Born in Zebulon, Georgia in 1839, Ann was one of twelve children born to a relatively successful family. The newborn was not expected to live more than two days but she thrived and eventually learned to walk by age five.  In her toddler years she taught herself to manipulate blocks and other toys with her feet exhibiting the same dexterity as her siblings. As a young girl she attended Griffin Female College where she received the education necessary at the time to become a governess. This career was short-lived however; her need of an assistant was financially prohibitive.

The Civil War brought on tough times and tragedy to her large family, her brothers’ lives and the family’s property were lost.  As many women of her era, she looked towards her skills at fancywork to raise funds for her family. Although she states in her autobiography “I have crocheted a great many large tidies and a variety of mats,” she was best known for her hair-braiding technique. Ann’s hair-work was awarded twenty dollars at the Macon, Georgia fair of 1860 and soon after she began travelling to  teach others how to perform the craft.  As the war waged on it soon became clear that the leisurely pastime of hair-work was a luxury no longer afforded by woman and was not a sustainable source of income.

Ann needed a livelihood and she decided to use the most obvious commodity she had, displaying the “skill and ability” of her feet and toes. Travelling to exhibit her talents required she hire attendants to assist her in a variety of ways. To raise the funds necessary to hire such help she made a “fine tidy” and raffled it raising seventeen dollars. A tidy is a piece of fancywork, often crochet or knit, used to protect furniture. The first stop on her tour  was Barnum’s Museum in New York. Initially she had feelings of aversion being exhibited but grew to accept her limited means of employment. After the small stint at Barnum’s she began travelling the country performing her acts of skill with her feet to small audiences. During a return visit to her childhood home of Griffin, Georgia the Southern Herald published a detailed account of what to expect during her show: “she crochets, braids hair, embroiders, writes, sews, and uses scissors, knife, fork, tumbler, etc., with as much ease and comfort as though blessed with hands.” Similar promotions in print mention demonstrations of knitting along with crochet.

Souvenirs, such as the carte de visite presented here from the Library Company collection, were common at her shows. Ann was well known for signing the backs of them with foot-written messages such as “So you perceive it’s really true, when hands are lacking, toes will do.” Ann E. Leak is by far one of the most fascinating people in crochet and knitting history.

Source: Leak, Ann E. The Autobiography of Miss Ann E Leak, Born Without Arms of her Early Life and Subsequent Travels in these United States. 1871.

Meredith Wills’ “Starry Night” Gloves
Scroll to top
We use cookies on our website to give you the most relevant experience by remembering your preferences and repeat visits. By clicking “Accept All”, you consent to the use of ALL the cookies. However, you may visit "Cookie Settings" to provide a controlled consent.
Cookie SettingsAccept All
Manage consent