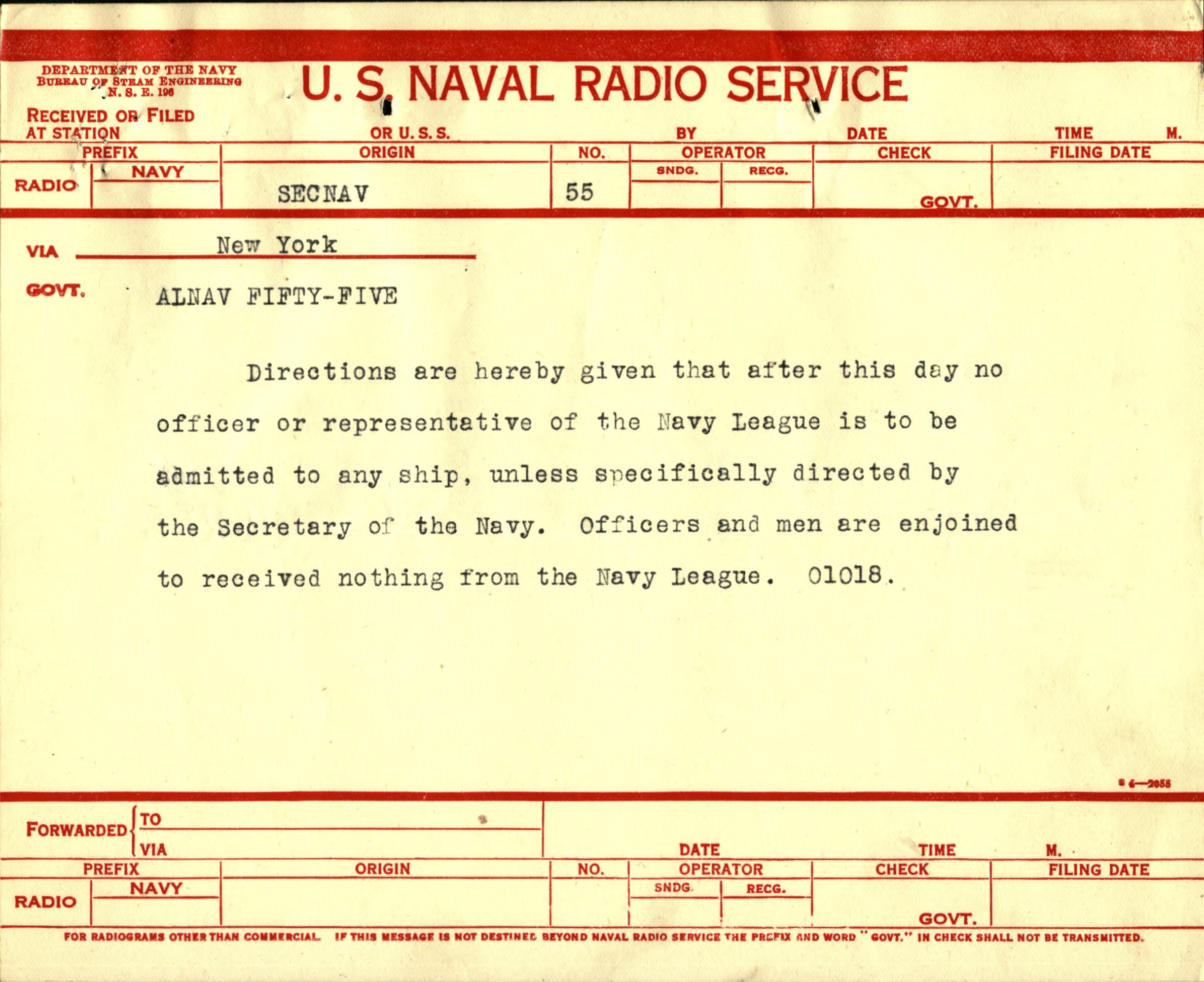 AlNav 55, announcing that Navy League personnel were no longer allowed on Naval bases or ships. 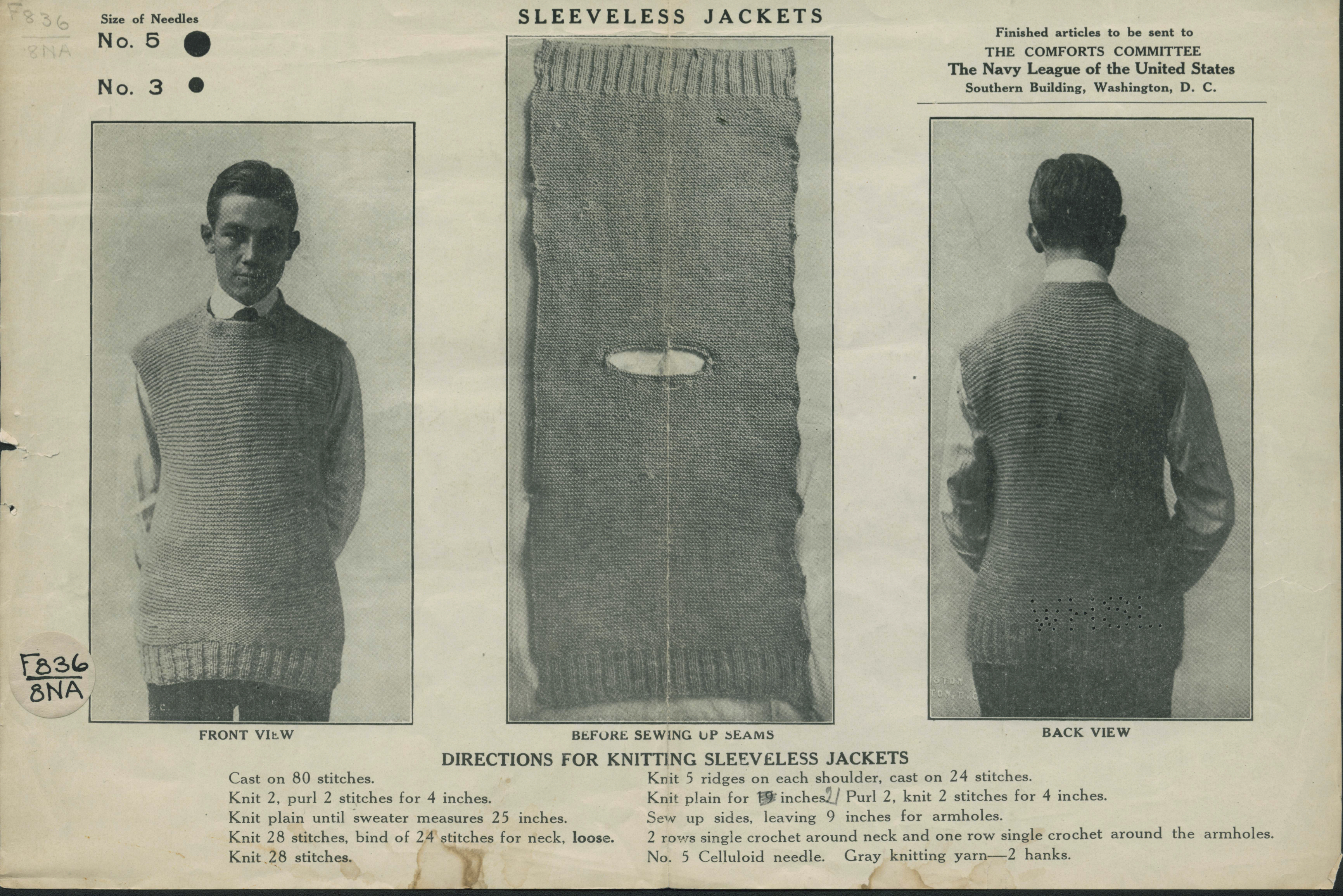 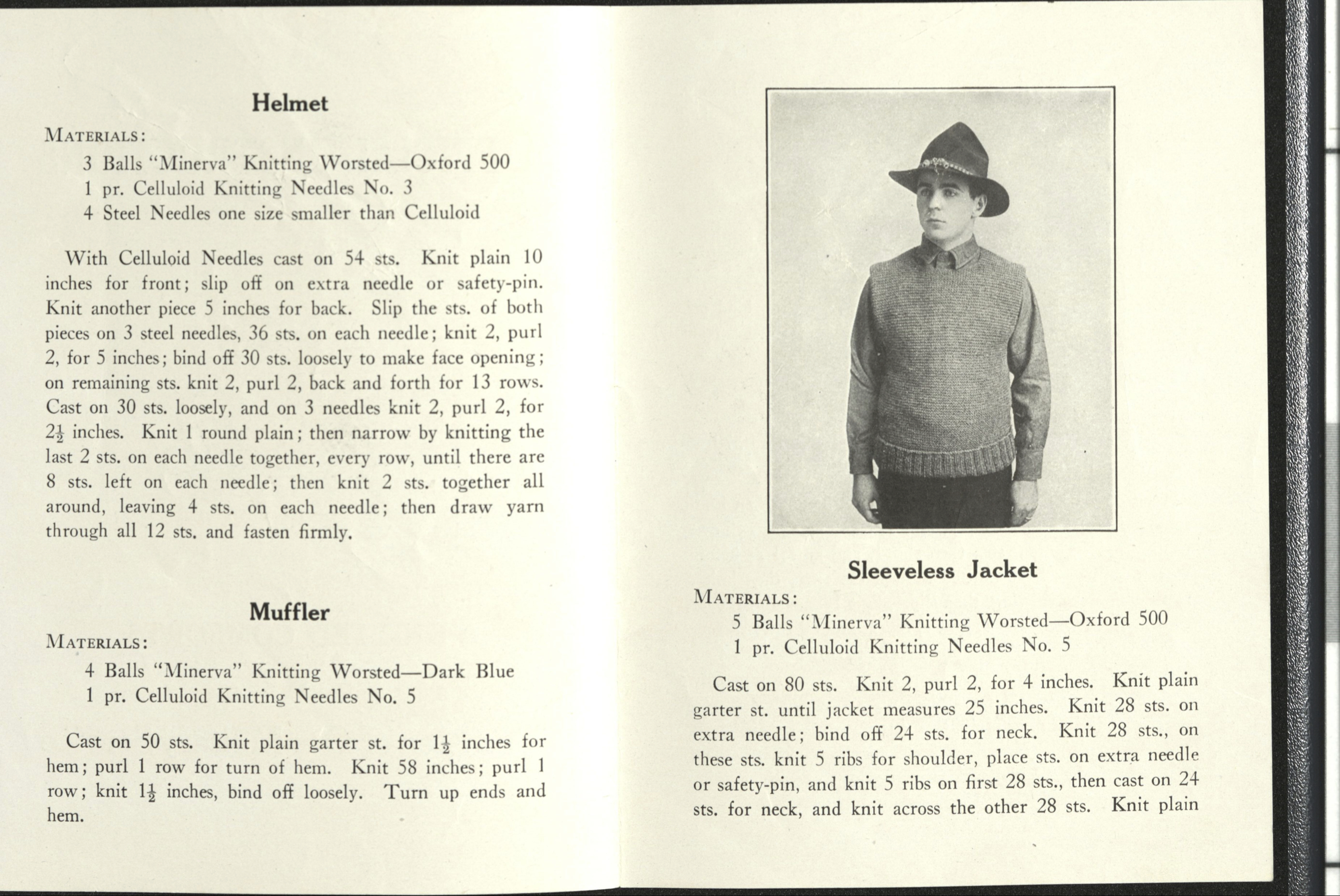 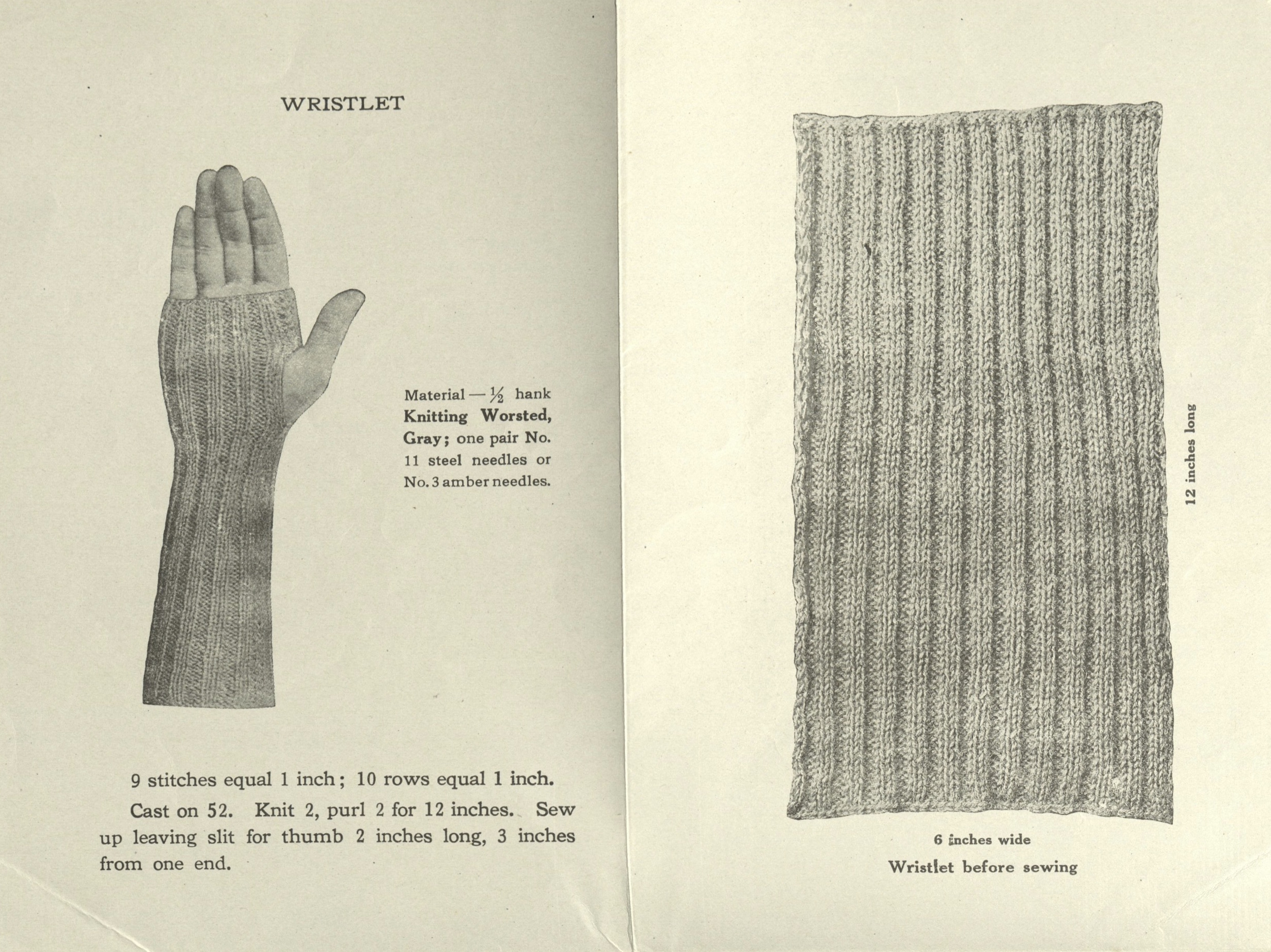 On August 17, 1917, the Secretary of War, a man named Josephus Daniels, issued a command to the entire Navy. The command, AlNav55, ordered that

What isn’t evident from the command is that the Navy League had been outfitting entire battleships with kits of knitted “comforts,” and AlNav 55 effectively banned all of the knit sweaters, wristlets, helmets (balaclavas), and mufflers being sent to ships like the USS Wisconsin and the destroyer Whipple.

The Navy League’s knitting program started in March 1917, when members of the League’s Women’s Section formed the Comforts Committee of the Navy League to supply sailors with warm clothing. American women had been knitting for soldiers since 1914, but it wasn’t until 1917 that “knitting your bit” really took hold.

The Comforts Committee started their program by developing several knitting patterns for volunteers and setting up a knitting shop in Washington DC. The shop distributed knitting patterns, sold yarn and knitting needles, and displayed samples of the finished sweaters they planned to send to soldiers. The Navy League’s membership magazine promoted the Committee, and announcements were made in local newspapers. Soon, volunteers across the country formed their own local units and began knitting for the sailors. When a committee representative wrote in to the Committee’s chairman, Elizabeth Van Rensselear Frazer, she sent them knitting patterns and yarn information (the DC knitters bought their yarn from Fleisher’s) and assigned them a battleship to knit for. If it was available, the group was assigned the battleship named after their state. This is how knitters in Milwaukee Wisconsin knit for the USS Wisconsin, knitters in Minneapolis knit for the USS Minnesota, and knitters in Pittsburgh, PA knit for the destroyer Pittsburgh.

Volunteers knit feverishly throughout the Summer of 1917, and by the August issue of Sea Power was published, the Comforts Committee had enlisted 100,000 volunteers who had completed more than 70,000 sets of garments. Each set included a sleeveless sweater, muffler, pair of wristlets, and a helmet, made in either Oxford grey or Navy blue wool.

The Committee promoted their activities in local newspapers and in women’s magazines like The Modern Priscilla and The Woman’s Home Companion. They also released their own patterns to make sure that eager knitters knew what kind of garments the men needed and how to make them.

The source of the explosion was unknown, but espionage was suspected, and the Navy quickly began an investigation into the disaster. Only a month later, on August 15, 1917, the president of the Navy League received information from an informant that the cause of the explosion was deliberate sabotage at the hands of members of the labor union the Industrial Workers of the World and had pressured the Secretary of the Navy into concealing their involvement. League President Robert Thomson wrote to Daniels laying out his claims and issued a public statement to the newspapers calling on Daniels to resign.

The Secretary of the Navy publicly refuted the charge and called on Thompson to resign in light of the “slanderous statement” the League had released. Thompson responded by offering to resigned as long as Daniels resigned as well. Frustrated by Thompson’s continual charges, Daniels issued AlNav55 to all ships, effectively banning the Comforts Committee from supplying the Navy with knit comforts. A public outcry ensued from knitters, both those that supported the League and from those knitters who felt that the League’s actions were shameful. Entire Comforts Committee units resigned in protest and began to knit for the Red Cross instead.

The next week, the Navy released a public statement, confirming that the disaster was the “the deliberate act of some person or persons unknown” but they were not yet able to confirm who was responsible. The League issued a tepid apology, regretting that they had accused Daniels of withholding the report, but Daniels was unwilling to lift AlNav 55’s restrictions. Instead, he worked with the Red Cross to authorize special naval auxiliaries, groups of Red Cross knitters who knit garments for the Navy instead of the Army.

Despite the controversy, the Comforts Committee’s patterns were influential. When the Red Cross released their own pattern booklet in mid-August 1917, the sleeveless sweater they included used the same pattern the Comforts Committee had released in March. The pattern booklet also included patterns for several similar garments, including a muffler, helmet, and wristlets.

In 1918, US Military Intelligence service connected the Mare Island explosion to a known German spy, Lothar Witzke, who was eventually arrested and charged with espionage.⁠  In 1921, a new Secretary of the Navy reconciled with a new Navy League president, putting to rest the unpleasant situation once and for all.

Opportunity to Serve on Center for Knit and Crochet’s Board
Scroll to top
We use cookies on our website to give you the most relevant experience by remembering your preferences and repeat visits. By clicking “Accept All”, you consent to the use of ALL the cookies. However, you may visit "Cookie Settings" to provide a controlled consent.
Cookie SettingsAccept All
Manage consent